Are we losing the Internet Security battle?

I was recently invited by Heimdal Security to take part in an expert roundup, with the theme of "Is Internet Security a Losing Battle?".  The main thrust of my answer was to question our use of analogies of conflict in the context of Internet Security or cyber security.  As I said in my response:

"... in this context the metaphors of conflict, such as ‘war’ and ‘battle’ are unhelpful because they suggest that internet security is the responsibility of the technologists who act our defensive force against attackers.   Instead, as has been argued by technology activists like Cory Doctorow and others we might have more success by thinking of cyber security using the analogy of public health and communicable diseases.   By using this analogy, we make cyber security issues more relevant to people and spur them to gain a better understanding that, like diseases, any of us can be afflicted by a cyber security attack.  We can also adopt an analogous approach for handling cyber security threats."

My full response can be found on the Heimdal Security blog, together with the responses from the other experts who contributed.
MOOC security talks teaching

Bringing Sense into the classroom 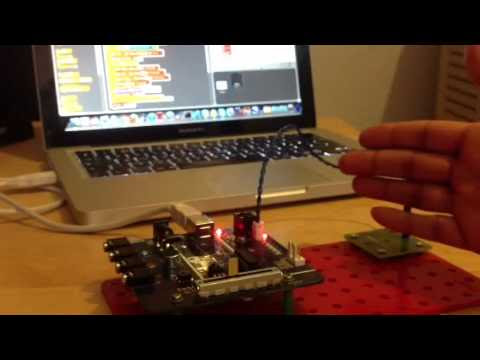 When we (a team of us at the OU who worked on the module My Digital Life ) developed the SenseBoard and adapted MIT's Scratch language as Sense to teach entry level programming, we had to develop activities that students could complete while studying at a distance and therefore not overly complicated (at least at first). In fact the approach we gave was to give students partially completed Sense programs and get them to add the missing elements. The overarching goal was to have students build interesting and above all fun projects right from the beginning. However, the programming guide that was written to introduce all of the basics (iteration, selection, variables, etc) was designed to be studied over a 1 week period and there didn't easily lend itself to delivery in a 1-day face to face workshop. It also didn't make much use of the SenseBoard as an I/O device. Therefore when were approached with the idea of running a workshop together with UCL's Schools Outreac
Read more