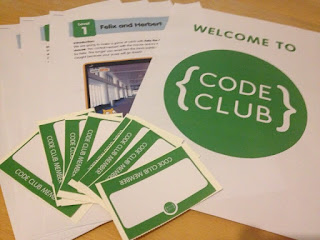 I delivered my first session of CodeClub yesterday at St. Bernadette's Catholic Primary School in Monkston Park.  We took a while to get started properly while some technical issues with laptops not being fully charged or user accounts not working were getting sorted out.  We used the time to get everyone signed up to the club with a nice name badge.  There are 15 children in total (8 boys, 7 girls) and a few of them had done some little bits of programming before (e.g., scripting animations and games similar to CargoBot).

I didn't hand out the worksheets right at the beginning because I wanted to do some step-by-step walkthroughs to get the kids familiar with the Scratch environment.  However, it was apparent that the children were really excited about getting to program their own game and impatient to get started.  So once they'd figured out the basics of putting blocks together, we handed out the worksheets and got stuck in! Once things got going with the first project - a cat and mouse game called Felix and Herbet -  the enthusiasm was even more apparent as they got the sprites moving around and making sounds.  It was great to hear and see how much they enjoyed it.

Everyone made great progress with some children completing the worksheet by the end of the session. Next week I plan to start by getting the children who finished to pair up and help their friends to the same before moving on to the next project.  We only have 4 more sessions to the end of this term, so hopefully we can hand out some Level 1 certificates at the end of term assembly!
fun programming STEMnet teaching 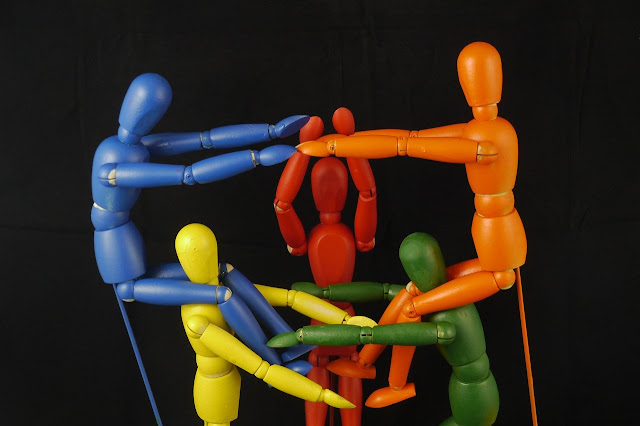